Review of multiple studies of antidepressant use in children and adolescents show negative results on all primary outcomes and elevated risk for suicide.

By Dr. Genevieve Ashcom King on June 19, 2018
Share this:
FacebookTwitterLinkedinRedditTumblrGoogle+Pinterest

A May 2018 review published in the International Journal of Risk & Safety in Medicine, entitled “Paediatric antidepressants: Benefits and […]

The authors were David Healy MD and Joanna Le Noury from The Department of Psychiatry, Hergest Unit, in Bangor, Wales, and Jon Jureidini from The University of Adelaide’s Joanna Briggs Institute, which is an organization devoted to research and development of evidence-based practices in Health and Medicine. They describe how studies between 1997 and 2004 reportedly showed a mix of positive and negative results for several different types of newer antidepressants (mostly in the Selective Serotonin Reuptake Inhibitors, or SSRIs, class) however the FDA noted a doubling of suicidal events with active treatment and this led to a Black Box warning for these medications, as they were approved based on several of these studies which claimed effectiveness of the medications in the treatment of depression.

The 20 studies reviewed for this paper took place between 1990 and 2005 and the authors evaluated whether the outcome of the study was positive or negative in regards to the primary outcome of the study. [Note: a primary outcome is the statement of the outcome considered by the researcher to be most important in the evaluation of a treatment in a randomized controlled study. For example, the primary outcome of a study on an antidepressant versus placebo might be that the antidepressant would decrease depression scores on a particular depression measurement scale when compared to placebo, in a statistically significant manner.] The studies used 7 various antidepressants, mostly SSRIs, and involved over 4000 children. All 20 of the studies were negative on the primary outcome, and the authors state that “the data from these sources make it clear that there was an excess of suicidality on active treatment in all trials.” In one of the trials from 2004, they note that the “study gave rise to seven publications in major journals, none of which drew attention to the occurrence of 34 suicidal events on fluoxetine compared to 3 on placebo.”

Despite the negative primary outcomes of the studies, the authors also point out 5 of these studies have been used to claim that the medications were effective. And they summarize “that when analysed strictly per protocol … claims for benefits shrink and the number of recorded harms grows.” They also point out the relationship of this putting forth studies as showing benefit is leading to greater prescribing of these medications by practitioners. According to the article, use of antidepressants in Britain has increased 100-fold and they state the CDC reports the use of antidepressants among American adolescents is potentially at 13%.

In regards to the potential risk or harms of the medications, in addition to the increased suicide rates as discussed above, they describe several other potential harmful effects of the medications. As discussed in the article, all SSRIs can increase QT intervals – which is a slowing of conduction of electricity in the heart that can lead to potentially fatal arrhythmias. They also state that close to 100% of people experience genital numbing which in some cases “endures semi-permanently after treatment stops.” The authors also mention there is evidence that there are difficulties in getting off of the medication, growth inhibition, weight gain, and they cite evidence of reproductive harms including birth defects, Autistic Spectrum Disorders and miscarriage.

This review of the literature makes a compelling picture that the purported benefits of antidepressant use in children and adolescents is not supported by the actual studies that were used to gain approval for these medications in this age group, and which also have guided practitioners use of these medications in their patients who have depression. And on the risk side of the benefit to risk ratio the authors point out the significant potential for harm, including increased suicidality and all of the other physical adverse effects. This provides excellent perspective with which to evaluate the use of these medications in children, versus seeking other therapeutic measures with actual benefit and fewer risks. 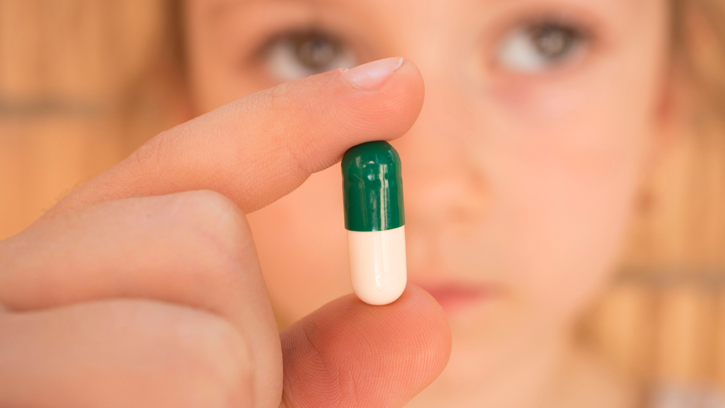