The VA to study the relationship between veteran suicides and prescription medication, including psychiatric drugs

By Dr. Bart Billings on June 29, 2017
Share this:
FacebookTwitterLinkedinRedditTumblrGoogle+Pinterest

Senator John McCain has reintroduced S.788, the Veteran Overmedication Prevention Act of 2017. This bill will hopefully protect our veterans from psychiatric drugging and provide more integrative treatment without the use of such brain-altering, non-effective, destructive psychiatric drugs.

The Veteran Overmedication Prevention Act would direct the Department of Veterans Affairs (VA) to conduct an independent expert study on the deaths of all veterans being treated at the VA who died by suicide or from a drug overdose in the last five years. This review would ensure that the VA has accurate information about the relationship between veteran suicides and prescription medication, including psychiatric drugs.

Related to this high suicide rate is the fact that in 2010, the number of veterans filling a prescription for mind-altering psychiatric medications (some have black box warnings of suicidality as the first adverse effect) was 1.85 million veterans filling at least one prescription. From 2005 thru 2011, the Department of Defense increased the amount of psychiatric medications purchased by about 700%. From 2001 through 2011, the VA spent $1.64 billion just on benzodiazepines and the antipsychotics Risperdal and Seroquel.

The psychiatric community has failed to realize that PTS (Without “D”) is a normal reaction for most people that have been in combat. It’s a shame that government spent $3 billion on “PTSD treatments” for veterans in 2012 alone, without realizing that PTS is a normal reaction to being in an abnormal environment.

With the proper amount of time and supportive integrative treatment, this normal reactions, associated with the abnormal experience of combat, i.e., hyper vigilance, nightmares,… etc., can be reversed with much less monies being spent.

It is also imperative that more physiatrists be hired by the VA to work with our vets. A physiatrist is a Physical Medicine & Rehabilitation medical doctor who specializes with physical and mental difficulties veterans experience. This specialty can be seen as one “Born of War.”

One must remember that in WW II, veterans were identified with Battle Fatigue, not a label of Battle Fatigue Disorder. This is because the medical community realized that Battle Fatigue was a normal reaction to being in combat. Veterans simply got fatigued from fighting and with proper rest and relaxation (R&R), most returned to normal functioning. This is not occurring today, since psychiatry is in the business of medicating most of their patients with brain altering drugs that don’t work and in some situations, Electroconvulsive Therapy (ETC) which also destroys healthy brain cells.

The lack of proper treatment of our vets has resulted in the VA’s mental health budget increasing from about $3 billion in 2003 to $7.5 billion in 2016. If any military person had a higher than average number of deaths for the troops they were responsible for, they would be relieved and possibly court-martialed. If a corporate officer, in the civilian community, was responsible for significant financial losses, they would be fired and replaced. So one can ask the question, why the people responsible for veterans mental health (psychiatry in general as a profession), and the consistent loss of lives to suicide, haven’t been fired and replaced. This is a question that must be answered. 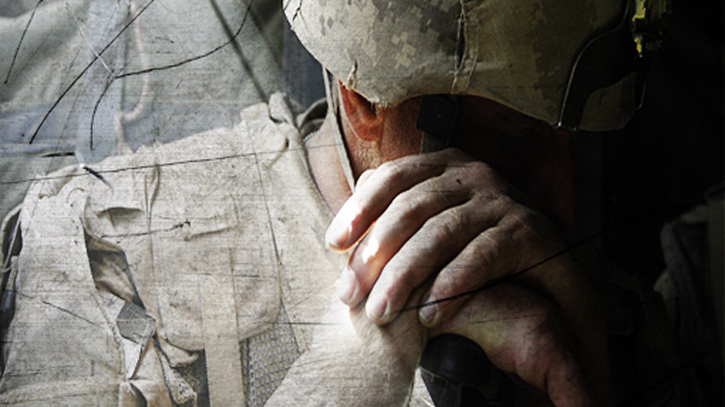 Dr. Bart P. Billings is a retired U.S. Army Colonel and former military psychologist. He has been working in the fields of mental health, human services and management for over forty-eight years and possesses licenses in Clinical Psychology, Marriage and Family Therapy and has past expertise as a Certified Rehabilitation Counselor. He has given lectures throughout the country for universities, private organizations, national conferences and the military on multiple topics including Combat Stress, Stress and Burn-out, and Violence in The Work Place. He founded and directs the oldest annual military stress conference, the International Military and Civilian Combat Stress Conference, has been interviewed on ABC News Nightline and ABC World News about combat stress and was invited to give testimony at Congressional and State Legislative hearings on the need for better mental health treatment programs for military personnel and their families. Contact: bbillings@cchr.org