A new bill has passed to ban conversion therapy which is a potentially dangerous and scientifically unsound psychiatric treatment.

A new bill has been passed by the New York City Council, which was introduced by Speaker Melissa Mark-Viverito, to ban conversion therapy, the potentially dangerous and scientifically unsound psychiatric treatment that claims to recover a person from being homosexual. It is now awaiting New York City Mayor de Blassio’s signature to become law.

Conversion therapy has its roots in the mid-20th century, when the American Psychiatric Association (APA) considered homosexuality a mental illness.

In 2016, CEO and Medical Director of the APA, Saul Levin, stated, “efforts to change an individual’s orientation through so-called ‘conversion therapy’ can and often do cause real harm. In fact, the risks associated with ‘conversion therapy’ include depression, suicidality, anxiety, social isolation, and decreased capacity for intimacy.”

While today’s APA Diagnostic and Statistical Manual of Mental Disorders (DSM) does not classify people who are lesbian, gay, bisexual or transgender as intrinsically disordered, this was not always the case. Dr. Levin in this 2016 statement, went on to say, “After a review of scientific evidence, the APA determined that homosexuality is not a mental disorder in 1973 and removed it from the DSM in the same year.”

The facts of the APA history are that the decision to include and then remove homosexuality as a mental illness was not by a review of scientific evidence, but rather by a majority vote of the APA membership. In 1968, the APA’s second edition of the Diagnostic and Statistical Manual of Mental Disorders (DSM-II) listed homosexuality as a mental disorder under the section on Sexual Deviations. In 1973, after activists picketed the APA’s annual convention, the APA asked all members to vote on whether homosexuality should remain in the DSM as a mental disorder or not. The members voted 5,854 to 3,810 to remove it from the DSM.

The view of sexual orientation as a mental illness continued however, with the creation of a new diagnosis: ego-dystonic homosexuality. This was included in the 1980 DSM-III. It would take seven more years until the next iteration of the DSM was published to have sexual orientation as homosexual completely removed as a mental disorder in the official APA diagnosis manual.

Lawrence Stevens, former Assistant District Attorney in California stated, “If mental illness were really an illness in the same sense that physical illnesses are illnesses, the idea of deleting homosexuality or anything else from the categories of illness by having a vote would be as absurd as a group of physicians voting to delete cancer or measles from the concept of disease.”

In February 2015, a NJ Superior Court judge ruled that misrepresenting homosexuality as a disorder violates the state’s consumer protection laws. In June of 2015, the jury in the case found a conversion therapy provider liable for consumer fraud and ordered the provider to pay the plaintiffs for refunds and damages.  The Human Rights Campaign has filed a complaint with the US Federal Trade Commission (FTC) requesting action against a major provider of conversion therapy under the FTC mandate to protect consumers from fraudulent and deception marketing.

Numerous national associations and organizations, including the American Medical Association (AMA) and the American Psychological Association, have issued policy and position statements denouncing conversion or reparative therapy. The AMA stated it “opposes, the use of ‘reparative’ or ‘conversion’ therapy that is based upon the assumption that homosexuality per se is a mental disorder.”

A 2007 review of the research on conversion therapy, conducted by the American Psychological Association’s Task Force on Appropriate Therapeutic Responses to Sexual Orientation stated, “We found serious methodological problems in this area of research; only a few studies met the minimal standards for evaluating whether psychological treatments such as efforts to change sexual orientation are effective…. None of the recent research (1999–2007) meets methodological standards that permit conclusions regarding efficacy or safety.” Additionally, the task force found that “there are no methodologically sound studies of recent SOCE [sexual orientation change efforts] that would enable the task force to make a definitive statement about whether or not recent SOCE is safe or harmful and for whom.”

The new bill will ban anyone from charging somebody money for a service that intends to change their sexual orientation or gender identity. Anyone who violates the ban and provides conversion therapy will face a $1,000 fine for the first violation, a $5,000 penalty for the second, and $10,000 for each violation thereafter. If New York Mayor Bill de Blasio signs the bill, the law will go into effect 120 days from then.

There are currently nine US jurisdictions that have laws banning conversion therapy for minors. These are Oregon, California, Nevada, Illinois, Vermont, Rhode Island, Connecticut, New Jersey and Washington, D.C. The New York City ban protects both minors and adults.

While the regulation of the practice of medicine is typically a state matter, this is a good first step taken by the New York City Council in protecting its residents from the harm conversion therapy may cause. Now it is needed not only in all U.S. states, but internationally. 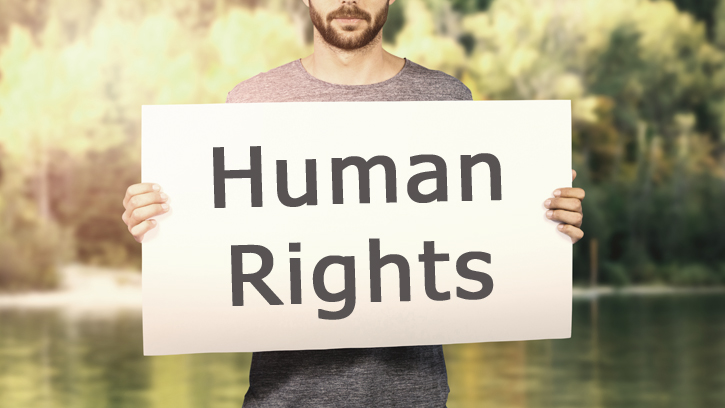 Beth is a consultant (Hawk International, LLC) and writer focused on integrative health policy. She spent a dozen years in federal service, including five years as Senior Professional Staff leading health oversight for a House of Representatives Committee. Ms. Clay advises and works on behalf of US and International corporate and non-profit organizations on matters of strategic development and alliances, government relations, policy, communications and project management. She is best known for her work in health policy and has extensive experience in the areas of international business development, government contracting, business to business networking, and veterans’ services. Contact: bclay@cchr.org