They are unreliable and damaging

Two of the greatest freedoms in life are the freedom to think and the freedom to feel. Psychiatric drugs impair thought and flatten emotions. They rob people of their individuality and the opportunity to understand and truly manage their lives.

I have been in the practice of medicine for nearly 40 years. For the last 25 years I have worked in integrative medicine, which involves a merging of conventional medical practice with alternative techniques to avoid the liability of psychiatric drugs. It especially includes using nutritional therapies and other approaches that help the body to heal itself. Integrative medicine limits the use of drugs and surgical procedures, which may worsen the condition they are intended to treat or create damaging complications.

Drugs and surgery are overused. Hundreds of thousands of patients in the United States are killed or seriously injured every year by “properly prescribed” treatments. Physicians are trained and habituated to prescribe the medicine or the operation that will resolve the condition. Doctors are addicted to giving drugs. Failing to offer a drug in some quarters is tantamount to committing medical malpractice. Much of this unconscious mindset is the product of pharmaceutical salesmanship. You make a diagnosis because the patient needs to have a label for his condition. Then you choose the correct drugs and you give them in this order and you add this one to that one if the first one doesn’t work. This is the way it works for all illnesses, including psychiatric illness.

We pay a huge price for this behavior. People are made sick by their cures. Little opportunity is offered for the enormous benefit of nutritional therapies. Vitamin and mineral supplements are ignored or called quackery. Lifestyle changes are lip service and little else. This is despite the overwhelming existence of medical evidence that often shows lifestyle change is the most effective option for treatment. Doctors don’t believe that patients can be responsible for their own health, and therefore impose on their patients a chemical tyranny.

The situation is the worst in psychiatry. Patients, because they are considered mentally less than competent, are given even less choice in their therapy. Drugs are recommended for life because the diagnosis is considered permanent.

Therefore, a 5 year old child labeled with ADHD is prescribed Ritalin and because psychiatrists believe that ADHD persists into adulthood, this amphetamine-like drug is prescribed forever. Never mind that these medications act like amphetamines, are addicting, and may lead to addiction to other drugs. Such is the liability of psychiatric drugs.

Because there is almost no science involved in the understanding of psychiatric illness and almost no understanding of how the drugs work, it is often the case that the drug chosen is ineffective. Then a second drug is added, and a third, and sometimes a fourth. I have seen patients who were prescribed five different psychiatric drugs at the same time and even one who was taking eight psychiatric drugs at once. These patients never did well. They were groggy, confused, couldn’t communicate, and were unable to function in the activities of daily life.

It is ironic that our society treats substance abuse with more drugs. I have worked with drug abuse patients for over thirty years as part of my practice. In Philadelphia, I was the head of a medical detox unit in a well-known hospital. During this time I observed that unless patients are fortunate enough to enter a drug-free program where rehabilitation is achieved entirely without drugs, they will receive legal drugs to get them off of their street drugs. Thus a person using heroin will be put on Methadone maintenance, using legal narcotics. A person using cocaine will be put on Prozac, Wellbutrin, Risperdal and other related drugs. Many of them will continue to use street drugs at the same time, because the prescribed drugs don’t handle their problems.

Sometimes the liability of psychiatric drugs is that they have effects opposite to what was intended. I have seen depressed patients who did not think of committing suicide until after they were placed on psychiatric drugs. There is a black box warning for many psychiatric drugs relating exactly to this fact—that these drugs may cause suicidal or homicidal thinking and actions.

Older patients are not spared the relentless drugging of our population. Most patients in nursing homes are placed on psychiatric drugs to keep them quiet. One of my patients, a bright and wonderful 85-year-old-man was repeatedly prescribed antidepressant medication because he had a heart attack. On my advice he repeatedly refused to take the drug. However, during one hospital stay, the drug was prescribed again and given to him when he was unaware. When his daughter figured out why he was in such a stupor she had the drug stopped.

Psychiatric drugs are unreliable and they are damaging. They impair function. I have seen many patients complain that they could not remember, that they felt confused, that they could not function normally and that their emotions were dulled. Two of the greatest freedoms in life are the freedom to think and the freedom to feel. Psychiatric drugs impair thought and flatten emotions. They rob people of their individuality and the opportunity to understand and truly manage their lives.

One might argue, “So what other choice do we have?” Well, we have a lot we can do. We need to evaluate the factors that impair mental health and spiritual health before we turn to drugs. These include biochemical and hormonal disorders such as diabetes and thyroid disorders, drug use, food allergies, nutrient deficiencies, heavy metals, and stress factors. Sometimes a change in life choices is necessary, sometimes a change of environment or a correction of personal ethics is in order.

Because they impair thought, psychiatric drugs interfere with efforts to improve spiritual health. They imitate cure by suppressing human emotion and reaction. They reduce our humanity. We have a better way. 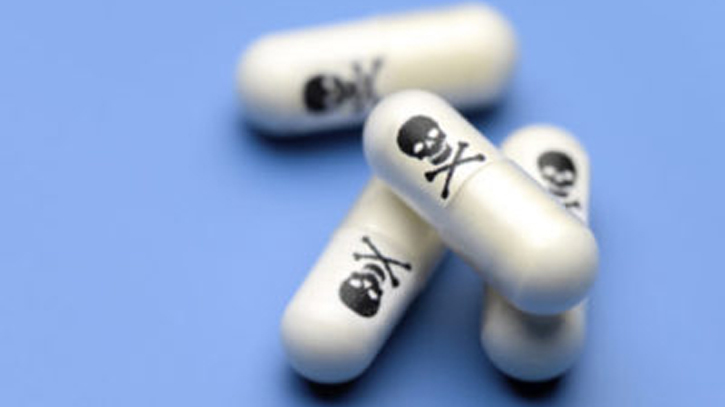