Researchers conclude antidepressants are harmful in the general population

By Dr. Anju Mathur on October 10, 2017
Share this:
FacebookTwitterLinkedinRedditTumblrGoogle+Pinterest

A recent article published in Psychotherapy and Psychosomatics by researches in Ontario, Canada, is a very clear indicator that antidepressants can cause a 33% increase in mortality and 14% increase in cardiovascular events in the general population. Two reviewers independently assessed articles from PubMed, Embase (Elsevier’s biomedical database), and Google Scholar for antidepressant-related mortality. There were 17 studies included in the meta-analysis.[1]

The researchers concluded: “The results support the hypothesis that ADs [antidepressants] are harmful in the general population….”

This adds to the already published 16 international studies on antidepressants causing death or increased risk of death, as well as three drugs regulatory agency warnings issued.

There have also been 151 drug regulatory agency warnings and 279 studies published internationally on the overall side effects of antidepressants, including suicide risk or suicidal behavior, cardiovascular disorders, heart problems, diabetes, birth defects, hostility or aggression, mania, psychosis, violence, and many others.

A study published in the Journal of the Royal Society of Medicine, reports on a systematic review and meta-analysis that was done to quantify the risk of suicidality and violence when newer antidepressants, called Selective Serotonin and Serotonin-Norepinephrine Reuptake Inhibitors (SSRIs/SNRIs) are given to healthy adult volunteers with no signs of a mental disorder. The conclusion was clear: treatment of healthy adult volunteers with antidepressants doubled their risk of harms related to suicidality and violence.[2]

There has been advances made in understanding brain biochemistry in last 30 years which can give a physician alternative tools to help his patients with emotional issues.  For example, Dr. William J. Walsh of Walsh Research institute did a presentation in Dublin, Ireland, which included a study of more than 3,000 patients diagnosed with clinical depression. With over 250,000 assays of blood and urine done and 50-150 traits recorded for each patient. A wide range of abnormal chemistries and behavior were observed in the depressive population. Each patient was given personalized micro-nutrient program. Researchers found that 85% of compliant patients reported improvements and reduced need of antidepressants. Many patients reported zero depression without any drug use.[3] 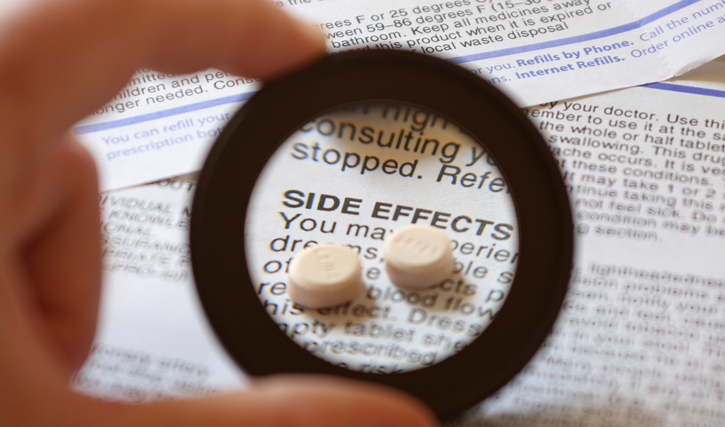