By Dr. Anju Mathur on November 7, 2017
Share this:
FacebookTwitterLinkedinRedditTumblrGoogle+Pinterest

A new study published in JAMA Pediatrics has asked whether antidepressants increase the risk of developing type 2 diabetes in youths. Mehmet Burcu, Ph.D., and the other researchers at the University of Maryland in Baltimore and John Hopkins who conducted the study found that the risk of developing type 2 diabetes in youths aged 5 to 20 years nearly doubled among current users of antidepressants and the risk intensified with increasing duration of use, cumulative dose, and average daily dose. “Overall,” the authors write, “when compared with former use, current use of antidepressants was associated with a 1.92-fold increased risk of type 2 diabetes.”

The researchers examined Medicaid claim files from California, Florida, Illinois, and New Jersey from January 1, 2004, through December 31, 2009 and restricted the study to 119,608 patients who were 5 to 20 years of age who initiated treatment with antidepressants between January 1, 2005, and December 31, 2009. The classes of antidepressants included in the study were selective serotonin reuptake inhibitors (SSRIs), serotonin-norepinephrine reuptake inhibitors (SNRIs), tricyclic or other cyclic antidepressants (TCAs), and other antidepressants. According to the researchers, “The risk of type 2 diabetes was significantly greater during current use than former use of SSRIs or SNRIs and tricyclic or other cyclic antidepressants.” Furthermore, risk of diabetes significantly increased among youth with an average daily dose of SSRI and SNRI of more than 150 days of use. In other words, if a child (5-20 years old) were to use SSRIs or SNRIs for more than 5 months, they are at increased risk of developing type 2 diabetes.

The authors acknowledge that there are a growing number of studies of adults that corroborate the increased risk observed in their study. However, they state, “To our knowledge, this is the first population-based study of youths that comprehensively examines the risk of incident type 2 diabetes following treatment initiation with an antidepressant.”

The U.S. Food and Drug Administration (FDA) did address the diabetes factor with one antidepressant, Zoloft, requiring the manufacturer to add “diabetes” as an adverse reaction to the label for the drug in February 2013.

According to available research, antidepressants are not the only class of psychiatric drugs to increase the risk of diabetes, as several prominent studies cite the relationship between antipsychotic drugs and diabetes:

The authors state that the findings that antidepressants increase the risk of developing type 2 diabetes in children and youth “support the need for further research to shed light on the underlying biological mechanisms of treatment-emergent type 2 diabetes associated with antidepressants.” The results also “provide an impetus for policy development to improve monitoring for the benefits vs risks of antidepressant use in pediatric care models, specifically for serotonin reuptake inhibitors, the most commonly used antidepressant class,” they concluded. 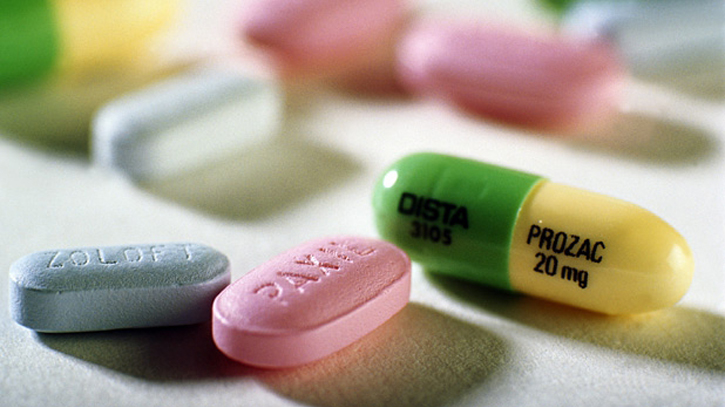