Informed Consent: How to Make Sure You’re Getting Quality Medical Care A Note to Our DoD and VA Health Systems: Psychiatrists Cannot Drug a Person Back to Feeling Safe with Polypharmacy

The Difference Between a Disease and a Disorder

By Dr. Jeffrey Schaler on August 18, 2017
Share this:
FacebookTwitterLinkedinRedditTumblrGoogle+Pinterest

It is fifty-six years now since Thomas Szasz rocked the world of psychiatry by writing The Myth of Mental Illness: Foundations of a Theory of Personal Conduct. His work continues to have a profound impact on how we think about disease, behavior, liberty, justice, responsibility, and most important of all, what it means to be human.

Thomas Szasz has shown us how the idea of mental illness is used by the state to deprive innocent people of freedom, and guilty persons of justice.  Without the state involved, the medicalization of behavior means nothing.

He has shown us how the idea of mental illness functions as legal fiction within our legal system. In this sense, the idea of mental illness has been used much as the idea that African American slaves were considered three-fifths of a person. Persons labeled as mentally ill are now considered three-fifths of a person. It is as if there was a postscript at the bottom of the Bill of Rights that reads: “PS: For mentally healthy people only.”

Mental illness diagnoses have more to do with politics and science fiction, than medicine and science. Take for example the idea that people with a homosexual orientation are mentally ill. The category was excluded from the Diagnostic and Statistical Manual of Mental Disorders – our contemporary “Malleus Maleficorum,” or “Hammer of Witches” – the same way it was included, for political reasons, not scientific reasons. No one discovered that homosexuality was a disease, and no one discovered that it isn’t a disease. They pronounced it as such, in each case, because of political pressure.

About two years after The Myth of Mental Illness was first published, Thomas Szasz published another book that has had an equally profound impact on freedom and responsibility. In Law, Liberty and Psychiatry he predicted the following:

“Although we may not know it, we have, in our day, witnessed the birth of the Therapeutic State. This is perhaps the major implication of psychiatry as an institution of social control.”

We live in a Therapeutic State today. Moral management now masquerades as medicine. The state dictates a “duty to be healthy.”

Seventy years ago another state, Nazi Germany, dictated a “duty to be healthy.” Back then, murder masqueraded as medicine. I think you all know what I’m referring to. We don’t need a weatherman to know which way the wind blows.

Today, good health practices have become a social responsibility. Bad health practices are viewed as socially irresponsible behavior. When health and illness are applied to the mind and behavior, this means that people must think and speak and act the right way. Otherwise, they may end up in a prison called a mental hospital.

I am one of the few college professors in the United States, if not in the world, who teaches Thomas Szasz’s ideas on a regular basis in college. And in every course, my students have always said at least two things to me: This stuff by Szasz is changing my life. And why hasn’t anyone ever taught his work in class before?

Because professors are punished for teaching Szasz; they can lose their jobs if they do so. I know. I have the scars to prove it. If you read my book, Szasz Under Fire, you will see how the same thing almost happened to Thomas Szasz. He came a hair away from being fired for teaching Thomas Szasz!

The Myth of Mental Illness and the subsequent Law, Liberty and Psychiatryare not so unsophisticated as to deny the existence of behaviors that people find disturbing. Quite to the contrary, Szasz’s writings clarify the difference between behavior and disease, description and explanations for behavior, and the consequences of labeling behavior as a disease within the arenas of law, medicine, social and public policy.

Thomas Szasz has simply pointed out what pathologists have always known: A disease refers to cellular pathology. Period. A behavior cannot be a disease. And he has also fought endlessly for the rights of persons labeled mentally ill.

He has also shown us how behavior is strategic, the expression of what philosophers call moral agency. Today’s neuroscientists, psychiatrists and clinical psychologists have attempted to reduce man to the category of things. They deny the existence of moral agency. Let me give you one simple example of how this is so.

Conventional wisdom, particularly as it appears in the media, leads people to believe that brains cause behavior, as if the brain could act. Psychiatrists and the neuroscientists they aspire emulate, regard man as a machine, an incredibly complicated machine, but a machine nevertheless. Everything that is human is ultimately reducible to electrical and chemical interactions.

Now if bad brains cause bad behavior, it only follows that good brains must cause good behavior. In other words, brains that work correctly, brains that are structurally and functionally healthy, cause good and admirable behaviors.

While psychiatrists try to excuse bad behaviors by ultimately blaming bad brains, they inadvertently (or perhaps intentionally) are removing personal responsibility for the good things that people do. When someone commits a heroic deed, for example, shows courage, compassion, and care for others at great personal expense and with great risk of danger, the person is then not choosing to do what is clearly important to do.

The brain, according to this way of thinking, is causing the person to do this good thing, in the same way that a bad brain causes someone to prey on others. There is no need to praise someone for his altruism, heroism, and courage, his brain made him do it.

Some psychiatrists have equated human behavior with seizure activity: An alcoholic reaching for that drink too many is having an epileptic seizure. So is the mother sacrificing her own life for the life of her child.

Nothing. From this way of thinking, human beings are reduced to the category of things. Things do not choose, they are caused. Things do not feel. Things are not alive. Things have no conscience, no values, no morality, no ethics. And most important, things do not care, for self or others.

What then must we do? Thomas Szasz has done his job, what is ours? I believe our job is this: We get psychiatry out of the courthouse. We do not need to destroy psychiatry. It will destroy itself if we sever its invisible umbilical cord to the mother-state. Once psychiatry is available to people by choice only, it will die a natural death. Very few people will seek out psychiatrists if they cannot hire and fire them at will.

Psychiatrists know this. That is why they are so afraid of Thomas Szasz.

And that is why they are so afraid of those who understand what I am saying here. As I tell my students every semester, “don’t believe a word I say. Just think about it and come to your own conclusion.” That kind of independence and autonomy scares institutional psychiatrists and those who run the therapeutic state. 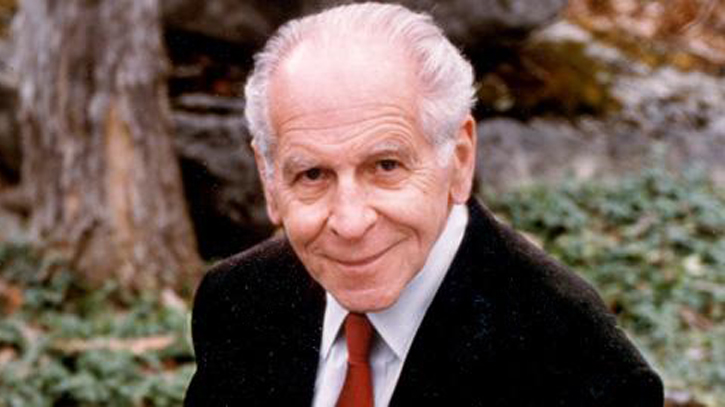 Jeffrey A. Schaler is an assistant professor of justice, law, and society at American University’s School of Public Affairs in Washington, D.C. He completed his doctoral and master’s degrees in human development at the University of Maryland College Park, where the major emphasis of his research was addiction and social policy. Contact: jschaler@cchr.org